Welcome to The Renewable Energy Centre

The Renewable Energy Centre pulls together useful information and resources on all things related to energy and climate change.

Select the areas that interest you from the menu on the left. Each area offers a general introduction to the topic, followed by page(s) showing UK suppliers and contractors. On these pages you can:

We hope you find this site useful. If you have any comments or feedback, please email us at [insert email address]. Please mention The Renewable Energy Centre when contacting organisations you find on this site. Thank you.

We have launched a blog on this site which will offer industry-related posts featuring fascinating opinions and views. We would also love to receive guest posts, so please send them to

Latest Article from our Blog

Winds of change for renewable energy

Each year in January, it’s become a habit for publications to review the past year and give forecasts for the year ahead on various subjects. S...

Humans are increasingly aware of the effects that industry and our society are having on the planet. We are also conscious of the spiralling cost of energy, both financially and environmentally. Because of this, nearly all countries across the world joined together in 2016 to agree a set of principles and targets to stem the increase of greenhouse gases which are rapidly increasing the earth's temperature.

Greenhouse gases take in and give out infrared radiation in Earth’s wavelength range. The most abundant greenhouse gases in our planet’s atmosphere are, in order of greatest to least effect:

Although rising temperatures may sound like good news for those who live in colder climates, the warming of the earth is set to cause catastrophic events which will affect everyone – including rising sea levels and melting glaciers.

The IPCC (Intergovernmental Panel for Climate Change) predicts that by 2100 the earth's temperature could reach over 6 degrees Celsius, causing sea levels to rise by three feet, displacing hundreds of millions of people. However, it is widely recognised that 2 degrees Celsius is the threshold at which significant and devastating environmental events will occur. This threshold is only around 1.2 degrees Celsius above where the temperature stands today.

The Paris Agreement was formed in 2016 within the United Nations Framework Convention on Climate Change (UNFCCC). Its long-term aim is to stop temperatures increasing by more than 2°c above pre-industrial levels. Ideally, temperatures would rise by no more than 1.5°c, dramatically reducing the adverse effects of climate change.

189 UNFCCC members are party to the Paris Agreement, with the notable exceptions being Iran and Turkey. Former US president Barack Obama was an enthusiastic supporter of the agreement during his presidency. In contrast, current US president Donald Trump decided in 2017 to pull the States out of the agreement to much dismay from climate campaigners, but cannot do so officially until November 2020. However, US policy is already contravening the agreement.

The Paris Agreement requires that each country files regular reports on what it is doing to reduce global warming. Countries aren’t bound to set certain emissions targets by stated times, but every target needs to exceed the previous one.

However, there are no consequences should a country fail to meet its stated targets, merely a ‘name and shame’ policy.

The Paris Agreement is known as "the world's first comprehensive climate agreement".

The Kyoto Protocol
The predecessor to the Paris Agreement was the Kyoto Protocol, formed after the Kyoto Summit was held in 1997, amid global concerns about climate change. As a result, many countries committed to changing the way they used and supplied energy. A benchmark was set at the greenhouse gas emission levels during 1990 as the baseline below which targets had to be met.

In 2002, the European Union of 15 states (at that time) ratified the Kyoto Protocol:

As part of its contribution to the target, the UK committed to:

The Kyoto Protocol had mixed results in terms of success, and didn’t effect the amount of positive change required, after most countries failed to meet their emissions reduction targets.

Several commentators believed the Protocol’s failure was down to shortcomings in the agreement's structure, including the exclusion of developing countries such as China from target requirements, and the fact that the US was not party to the Protocol.

Some commentators also suggested that a positive incentive for emissions reductions was necessary, and that only this kind of incentive would lead to countries adhering to targets in the future.

In 2008, the Climate Change Act was introduced by the Government. It initially bound the UK to a commitment of a 34% reduction in our greenhouse gas emissions by 2020 (we exceeded this target by more than 10%) and a 80% reduction by 2050. The latter goal was revised upwards to 100% in 2019, following the guidance of the Committee on Climate Change.

The targets for the initial five 'carbon budgets', which laid down the requisite emissions reductions between 2008 and 2032, demanded a reduction in the country's emissions of 57% from 1990 to 2030. If these targets are all met, it will mean Britain is on course to hit the 2050 target of 100%.

The Code means new homes' performance needs to be assessed, both during the building phase and again once the dwelling is complete. It rates each home for sustainability using nine categories:

The code was temporarily mandatory between 2008 and 2015 in certain local authorities, but is now only voluntary.

By adopting some simple technologies we all (householder, business and industry) can save money, save energy and help save the planet.

So what is the UK doing alongside the Paris Agreement to fight climate change? Below, in chronological order, is a selection of the key directives which the UK has implemented:

1997: Kyoto Summit
The UK met with other nations to agree a set of emissions reduction targets.

Lobbying to replace the Levy with a proper Carbon Tax is ongoing, but this proposed tax has yet to be implemented.

2002: Ratification of Kyoto Protocol
The targets set out in the Kyoto agreement were formally agreed and made a legal requirement for 15 countries which signed within the EU including the UK. Since then a further 10 countries in the EU have made a commitment of 6-8% reduction.

The UK also signed up to a further commitment period between 2013 and 2020, though significantly fewer nations joined it in participating. 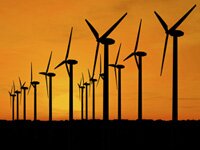 The RO was established to ensure that energy suppliers would increasingly source power from renewable sources. The 2002 obligation was 3% renewable energy supply which has now risen to more than 40.9%. The The Renewables Obligation can be achieved in 3 ways:

2005: EU Emissions Trading Scheme (ETS)
As per the Kyoto Protocol, the EU committed to businesses reducing carbon emissions by 8% below 1990 levels across Europe. A cap was set on the amount of emissions an installation can produce. Those who fell under this cap could trade the excess to those who exceed the limit. The ETS now covers 45% of EU emissions with over 12,000 installations involved. Sectors include:

The UK will remain in the EU ETS until the end of 2020. It will leave at 11pm on 31st December 2020 when the Brexit transition period comes to an end.

2006: Low Carbon Buildings Programme
This scheme has now ended. It was a two-phase grant scheme for public and private housing and communities to access funding for renewable energy installations. Phase two officially ended in April 2011 for the completion of installations, and was replaced by the Renewable Heat Incentive.

2008: Carbon Emissions Reduction Target (CERT)
This scheme for domestic energy suppliers with a customer base of over 50,000 ran until 2012. The scheme encouraged suppliers to reduce domestic CO2 emissions by promoting energy-saving products such as light bulbs, smart meters and insulation to homeowners.

Halfway through the scheme, the CERT target for energy suppliers has changed to focus on insulation. 68% of the CO2 reduction target had to involve insulation solutions, and priority was given to vulnerable households and low-income areas.

2008: Climate Change Act
The UK became the first country in the world to create a legally binding target to:

It succeeded in meeting the first target by more than 10%, and has revised the second target to 100% ('net-zero').

The independent statutory body The Committee on Climate Change (The CCC) was formed as a result of the Act.

2009: Community Energy Saving Programme (CESP)
A secondary scheme which was targeted at UK domestic energy suppliers to encourage energy-saving solutions specifically in communities with low-income areas. This was a whole house approach, and only energy saving measures which made a substantial difference to emissions and fuel bills were counted towards the CESP. The scheme ended in 2012 and intended to deliver £350 million of energy saving measures into UK communities, e.g. by way of installation of solar thermal heating systems, insulation and smart metering.

2010: CRC Energy Efficiency Scheme
Formely called the Carbon Reduction Commitment, this scheme required larger businesses and organisations to reduce energy consumption. Businesses using over 6000Mwh of business electricity per year (equivalent to circa £500,000) could apply to enter the scheme and a league table of their energy efficiency was published. The scheme ended in 2019. 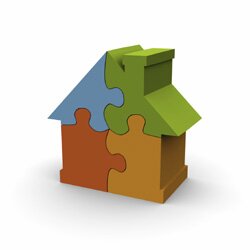 The Energy Bill, which was enshrined into law in April 2010 as The Energy Act 2010, was created by the coalition Government to support and increase energy-saving measures across the UK in all areas and encourage the use and implementation of renewable energy. There were seven main areas to the bill:

You can read more about each section in the Energy Bill Overview and see a summary of The Green Deal which is targeted at homeowners and business owners.

2010: Feed In Tariff (FIT)
This was an incentive scheme to reward those who generated their own electricity through the use of low-carbon technology or renewable energy. As long as the amount of power generated was less than 5MW per year, the scheme offered a rate of pay back to the generator for the power which was used, and any excess which was exported back to the grid. The Feed in Tariff was designed to encourage homeowners, businesses and communities to invest in low carbon technology such as photovoltaic panels, wind turbines, hydroelectric, anaerobic digestion and domestic micro-combined heat and power (CHP) at 2KW or less.

All products used and the installer had to be approved by the Microgeneration Certification Scheme (MCS) otherwise the FIT would not apply.

The scheme closed to new applicants in 2019.

The Renewable Heat Incentive includes all levels from individuals to large scale commercial operations. The scheme is still operational and you can apply here.

It demands that energy companies introduce measures which allow low-income households to heat their homes, and aims to offset emissions generated by energy company power stations.

This website provides an introduction to renewable technologies currently available, the suppliers in the market and contacts to installation companies and equipment suppliers.