As I watch my dog’s tail wagging joyously, I have often wondered (half seriously) how much green energy could be generated if a way could be found to harness such an abundant source. While accepting that a practical, animal-friendly device is highly unlikely, it set me off on a search of other wacky ideas for renewable energy. 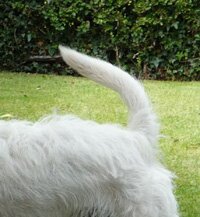 Over the years, people have come up with many seemingly off-the-wall suggestions for low-carbon ways to heat buildings or fuel vehicles. These range from burning bodies and nappies, to harnessing helpful fatty acids from illness-inducing bacteria.

As is so often the case, nature can provide scientists with a starting point. Body heat is produced freely and efficiently – so why not use it as eco-friendly power? This is already happening in projects in Stockholm and Paris, and London Mayor Boris Johnson has spoken in support of a scheme to funnel excess heat from London Underground tunnels into homes. State-owned property administration company Jernhuset is using body heat from travellers using Central Station in Stockholm to warm the building and in Paris, apartments directly above a metro station near the Pompidou Centre are being kept cosy in a similar way.

Dead people – or indeed animals – can also play a role. Cremated bodies release a gas that can be captured at the filtration stage. Some pioneering UK operators have already started to pipe this through the crematorium buildings and in the future it could be extended to neighbouring properties.

If burning bodies for fuel makes you uncomfortable, then how about dirty nappies? This is being tested by a power company in Quebec, Canada. Many types of rubbish can be turned into useful by-products, including fuel gas and fuel oil, by using a process called pyrolysis. This produces very little pollution because the material is heated in a sealed, oxygen-free environment, which breaks down the molecules inside.

A drawback with most waste collected is that it is mixed and would produce inconsistent results. But if used nappies were put into a separate recycling bin, the pyrolysis plant could be fine-tuned to the plastics and fabrics known to make up disposable nappies – and to the organic deposits within them. The raw material for such a plant would be plentiful and constantly replenished.

It’s not just babies’ poo that has powerful potential. Faeces of all sorts contains methane, a colourless, odourless gas that can be used in virtually the same ways as natural gas.

Norcal Waste is providing biodegradable poo bags to dog walkers in some US cities in a scheme that powers lights by methane. The filled bags are placed into a large container called a digester where micro-organisms process the poo, giving off methane as a by-product. In Pennsylvania, it is cow manure that is helping farmers save money on electricity and heating fuel. And Hewlett-Packard has released a study explaining how dairy farmers could make money by leasing land to Internet server companies, who could power computers with the methane.

Still on waste products, scientists at Edinburgh’s Heriot-Watt University’s School of Engineering and Physical Sciences are trying to create urine-powered fuel cells. These could prove a useful source of power for the likes of astronauts or military personnel.

Other scientists are working on ways to convert sugar into hydrogen, which can be used in a fuel cell. Researchers at Virginia Tech have found that combining plant sugars, water and 13 powerful enzymes in a reactor to convert the mixture into hydrogen delivers three times more hydrogen than traditional methods. The hydrogen is pumped through a fuel cell to produce energy. Although it may be some time before sugar can be used to fuel cars (instead of being a catastrophic prank way to ruin an engine), sugar-based hydrogen batteries for small electronics is on the cards.

Mention of E.coli would send most people rushing to their GP surgery. But E.coli bacteria are another unlikely source of fuel material.

But E.coli bacteria are another unlikely source of material for transportation fuel. To see them through times when food is scarce, E. coli bacteria store fuel in the form of polyester-like fatty acids. That same fatty acid, when dehydrated, is used in the production of biodiesel fuel. So, researchers are looking to genetically modify E. coli micro-organisms to encourage them to produce a surplus of these fatty acids, which can then be turned into biodiesel.

Another more visible, but no less surprising, source of renewable energy is paint. Engineers at Swansea University are working on what is essentially a paint-on solar panel that can be applied to the type of steel panels covering many of Britain’s commercial and industrial buildings. The solar paint harnesses the sun’s energy which reacts with the steel to create a current that can be captured and used. Even taking into account Britain’s moderate sunshine levels, it is estimated that the vast amount of square-footage available could bring huge benefits.

So who knows, as researchers continue their quest for abundant sources of green energy, perhaps one day that tail wag idea might not seem so ridiculous.