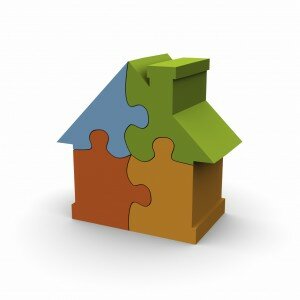 2012 was the second wettest year on record after 2000 according to the Met office, and they say that in the future rainfall will be much worse and more frequent.

Inconvenient and costly as a flooded home may be, if you cannot insure it, you cannot sell it. Buyers will not be able to purchase it because they will be unable to mortgage without insurance cover. Ironic really as many of the major insurance companies are owned by banking groups who are the major sources of mortgage finance.

The spectre of hundreds of thousands of unsaleable homes and angry homeowners frightens politicians because these homeowners are likely to become an army of disgruntled voters who will vote them out as soon as they can.

Insurers know this and after the 2000 floods elicited promises from the government to invest in a new programme of flood defences, by threatening to withdraw insurance from 10% of UK homes. In return they promised to continue to provide flood risk cover for all but the most extreme cases.

The Association of British Insurers (ABI) was negotiating from a position of considerable strength. The scenario of 10% of UK properties having their property insurance withdrawn and thus impossible to sell, would have resulted in a housing market crash that would have had devastating consequences for the Government of the day. John Prescott was quoted as saying that the floods in 2000 were a wake up call but we doubt whether he could sleep at all with the spectre of an imminent property market collapse in the background.

In their review of 2005 the ABI called for more investment in flood defences whilst in the same document, admitting that flood and storm claims were at their lowest level for 20 years.

I predict that the government response to the 2012 deluge will be threefold:

So, when your home insurance sky-rockets, your Council Tax increases and the housing market stagnates or collapses even further, you can be comforted by the idea that you are helping the profits of the banking groups and their executives’ bonuses once more. I will leave it to the reader to guess who is the puppet master and who is the puppet!