The Wind Power Results are in!

It was reported recently in the Guardian that 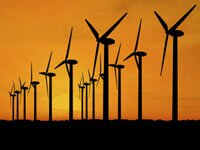 2012 saw another great leap forward for the wind power industry, not only in the UK but across the globe. A 20% growth was seen in 2012 totalling 45GW of power. Top of the pops were the USA and China installing 13GW each.

To be fair this is not something I thought would have been the case. China is still pretty active when it comes to fossil fuel power stations as they are still much cheaper for them to build and run than renewables.

However wind is doing its part when it comes to cost and in Australia it is now cheaper to build a wind farm than a coal fired power station. Obviously costs can vary significantly depending on the country but the overall prognosis looks very promising as time moves on.

Both China and the US have been slow to gain ground with regard to climate change and renewable energy but clearly seem to have embraced wind power as an effective means of generation.

Just this week, Obama is under pressure in his State of the Union address to commit to an aggressive climate change strategy and to assure Americans that the effects and consequences of excessive carbon emissions are already happening.

For such a small land mass, the UK sits 6th in the world for the amount of installed wind power and currently leads the table with regard to offshore capacity. This is a good story for the UK after recently falling foul of the European Court of Justice for failing to comply with new EU energy regulations.

Although the push to decrease global carbon emissions is now on the agenda, there is still a long way to go and despite these very positive figures, the overall investment to renewable energy production decreased by 11% over the course of 2012.

Much of the decrease can be attributed to some countries feeling the pinch from the ever changing economic situation, so although the decrease could be seen as disturbing, I hope that as and when the economy improves the renewable energy roadmap will be back on track.

It is however safe to say that there is still a very long way to go and even now there is still some debate and denial about the severity of the situation in some countries. I think it is plain to see that the effects of climate change are slowly creeping in and will only get worse. The demands of the last century on the natural resources of this planet have certainly contributed and will continue to do so.

Is there a case for pushing reduced global emissions and a renewable energy production target which is much more aggressive – I am pretty sure there is!