Power from the Sun (Photovoltaics)

We have been harnessing water to perform work for thousands of years. The Greeks used water wheels for grinding wheat into flour more than 2,000 years ago. More recently we have used the power of water to saw wood and power textile mills and manufacturing plants. Since the second half of the 19th century, the technology for using falling water to create hydroelectricity has existed. 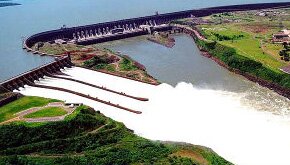 Hydroelectric power supplies 20% of world electricity. Norway produces virtually all of its electricity from hydro whilst Iceland and Austria produce over 70% of their electricity requirements from hydro plants.

There are three types of hydroelectric scheme:

Impoundment, where a dam is built across a river impounding a head of water behind it in a reservoir which can then be released through a turbine to generate electricity.

A Diversion, sometimes called run-of-river, facility channels a portion of a river through a canal. It may not require the use of a dam and thus has a lower environmental impact.

The Dinorwig Pumped Storage Power Station in Snowdonia generating up to 1728 MW of electricity runs tours of the facility daily during May to August and by arrangement for groups during other months. 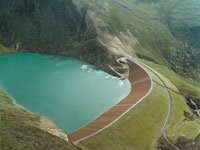 Hydroelectric systems are totally site specific. You need a flow of water and a head of water to give you the latent power. Your turbine supplier will be able to calculate the potential in any location and advise you on its viability. Given the right location, hydro power is a renewable, low maintenance source of energy.

Given a suitable location, a run-of-river hydro scheme may be a practical and economic project that could provide power for a single residence or community. Recent technological advances in turbine efficiency mean that even locations with relatively small flows can generate electricity efficiently.

The British Hydropower Association has a useful guide to UK Mini Hydro Developments at www.british-hydro.org that you can download or view online.

You will have to obtain an extraction licence from the Environment Agency (Scottish Environmental Protection Agency (SEPA) in Scotland) to divert water from a water course (even if the water is returned) and this will specify how much water may be diverted and when.

The Environment Agency are responsible for all water courses in England and Wales and will take into account the environmental impact particularly in times of low rainfall on fisheries. However they usually look favourably on renewable energy projects.

As well as this you will probably also require planning permission to erect a building to house the turbine especially if the project is in a National Park, AONB or Conservation Area.

Some councils have been willing to offer small grants towards small-scale renewable energy projects in their area on an ad hoc basis. District and County Councils should be able to advise on the availability of such funds.

The VAT payable on hydroelectric plant has been reduced to 5% for domestic and other non-commercial developers for systems supplying buildings which are either residential or used for charitable purposes.

The DTI's Low Carbon Buildings Programme provides grants of up to £30,000 for small scale (up to 100kW) hydro projects for householders and community organisations.

More information can be found on our Grants page or visit www.lowcarbonbuildings.org.uk.